A Client who recently moved in in Dollar had a massive wardrobe, this was a bespoke kit made by a joiner in England and they wanted it built back to its former glory, having no plans nor any contact with the original Joiner, this was a big big project.

To complicate things, this kit had been fitted in a bigger room so it had to be skimmed of by about 10cm on one end, so not only we had nothing to refer to, it had to be modified also.

But I pulled it off with some help from my Son, Lewis 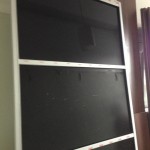 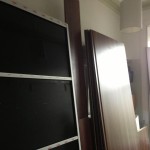 Back panels and sliding doors, about 100cm wide, each 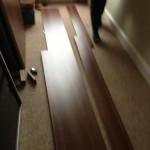 Base of the unit 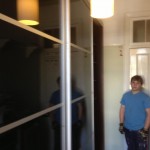 Unit build, it is massive! 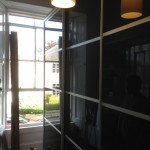 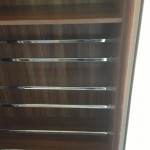 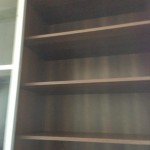 Also here are videos of before

Various things in a property in Bridge of Allan, spread over a few afternoons. Some shelves and clothes rails had to be fitted in large cupboard as well as a mirror fitted in the hall way in a property in Dunblane today.

The shelves panels had to be made to measure to fit into space, rail had to be cut to size.

See pictures below for detailed inspection. A customer thinks highly of me, have been working a few hours almost every days at the property, things ranging from shelves to be fitted, IKEA flat packs, pictures and mirror hanging and other various small painting jobs. I will be busy for the next few weeks!

A new customer in Blackford required a ceiling light replaced, Fireplace marble base fitted and a few other shelves built and fitted around the Bungalow. All done to customer satisfaction who will recommend me to anyone needing a handyman 🙂

July 30, 2013 DIY, Electrical, Garden, Painting and renovating Comments Off on Moving in 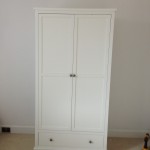 A Family moving from England needed a lot of work done, like pictures and mirrors fitted, Flat pack wardrobe (pictured), lighting removed/replaced, roller blinds re-fitted (they fell) plus garden furniture to be re-coated. Some photos also showing various steps of the renovation process.

A short video Clip  demonstrating how easy it is to clean an old chair back to new!

A lot more work is booked in from this delighted customer.

Beds and chest of Drawers

July 10, 2013 DIY, Flat Pack, Joinery Comments Off on Beds and chest of Drawers

A flat in Stirling had some wonky beds and a chest of drawers needing a couple of screws fitted to fix the problems. All done in no time!

A job in Stirling today. A shower head clamp bracket some curtains rails fixed and 9 halogen lights replaced in one hour.

In Greenloaning today to re-fit a wall TV stand that required stronger anchoring. Stand is now very secure and will definitely not fall off the wall!